The National Museum “George Enescu” was opened in the Cantacuzino Palace, one of the most beautiful buildings in Bucharest, a historical monument and one of the European Heritage Label buildings.The sumptuous entrance, in Art Nouveau style, announces the luxury and the refinement of the époque, reunited in one of the most imposing palaces in Bucharest. 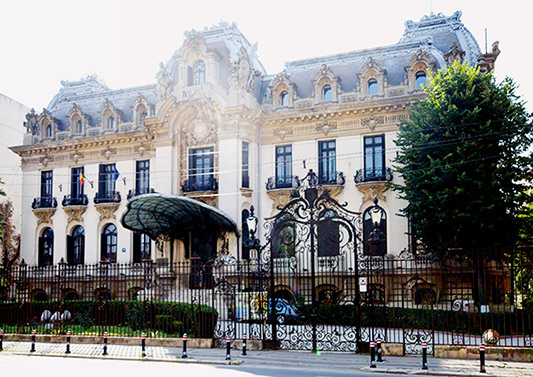 Built in 1901-1903 by Gheorghe Grigore Cantacuzino, known as “The Nabob”, mayor of Bucharest, prime-minister, leader of the Conservative Party, the palace followed the design of the remarkable architect Ioan D. Berindei. For the decoration of the building, the architect collaborated with renowned artists of the time – G. D. Mirea, Nicolae Vermont and Costin Petrescu – for the mural paintings, the architect Emil Wilhelm Becker for sculptures and sculptural decoration and the Krieger House in Paris for the interior decoration (tapestry, chandeliers, lamps, stained-glasses etc).

After the death of George Enescu, in 1955, his wife stated in her will that the palace and the other buildings of the domain would host a museum dedicated to the artist. In 1956, The National Museum “George Enescu” was established here.

The originary atmosphere has been recreated in the intimacy of the austere memorial house, which is also opened for visitors. 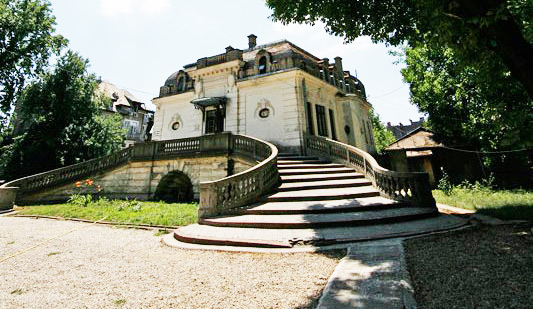 Situated in a unique location, The National Museum “George Enescu” holds an important historical, cultural, artistic and touristic value. The museum heritage offers the opportunity of recomposing an exceptional life and work dedicated to the Romanian music and to its recognition within the world’s culture.